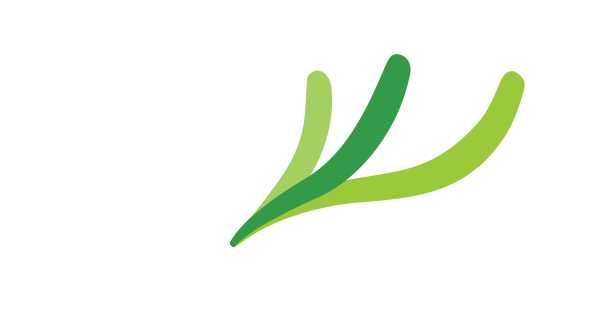 The natural environment, provides a different angle for observing and understanding environmental problems.

The Karin Sea is an almost closed sea bay, with an area of ​​about 7.5 square meters and a maximum depth of about 13 meters.

It is located in the northern, marginal part, the basic landscape area of ​​the North Dalmatian plateau, in its contact zone towards the coastal slope of Velebit.

The Karin Sea is deeply cut into the mainland, karst relief, with numerous speleological objects. The coastline, about 10 kilometers long, is less indented in the west, while a number of smaller bays and capes occur on the north and south sides of the sea.

The coastal sides are relatively steep in the west and east and mostly rocky, while the coasts in the north along the gorge and in the south along the settlement of Karin and the Tuvina wetland are mostly mild and accessible. (Natura Jedera, 2017).

The Novigrad Sea is connected to the Karin Sea via the Karin sea ​​passage, a shallow strait about 2.5 kilometers long. Karin Sea ​​passage is a narrow strait (width of about 100 – 300 m), irregular flow which is closed by mild (approx. 5 – 10 °) and low (up to 15 m above sea level), rocky coastal sides. The southwest coast of the strait is characterized by a high degree of naturalness due to undeveloped and covered mainly with coniferous forest vegetation.

Due to the main tributaries Karišnica and Bijela in this area there is a significant variation of ecological conditions, especially temperature and salinity, which in turn have conditioned the development of specific habitats, flora and fauna. (Natura Jedera, 2017).

The tributaries of the rivers Zrmanja, Bijela and Karišnica

Apart from the River Zrmanja, the rivers of Bašćica, Draga, Slapaća also flow into the Novigrad Sea, and the waters that flow from the Karin Sea, which are influenced by Karišnica and Bijela, are also important. River Bašćica is 19.5 km long, with a catchment area of ​​about 69 km2, medium flow at the mouth of the mouth of about 0.52 m3 / s, with two artificial lakes built to irrigate agricultural land. Novigrad Draga is about 11 km long and has a catchment area of ​​about 58 km2, but it’s flows are weak (average flow is about 0.28 m3 / s), and water is lost in numerous abysses, so the water itself rarely reaches the sea in Novigrad itself. The rivers Karišnica and Bijela are short occasional watercourses, torrential characters, and at the place where they join into a common estuary and flow into the Karin Sea, there is the wetland area of ​​Tuvin. (Natura Jedera, 2017). These two rivers represent short occasional watercourses typical of the Dinaric karst area (Župan and Leko, 2009). They spring inside the caves and both springs dry up in the dry part of the year, while in the rainy season they are extremely abundant.

The River Bijela springs from the source-cave of the Bijela river on the slopes of Obaljeniča and flows three kilometers along the karst hilly terrain towards the Karin Sea. The spring feeds a small near-surface basin (about 8 km2), so the yield of the spring during the summer is small (0.2 l / s). The tributaries of the River Bijela are small, occasional streams that flow down the hill Obaljeniča, and the highest elevation of the basin is at 651 m above sea level. (Perica et al., 2018; Župan and Leko, 2009). (Perica et al., 2018; Župan and Leko, 2009).

The area of ​​the River Bijela can be divided into two parts, the upper, canyon part of the flow of high degree of naturalness and ambient values, and the lower part of the flow from the abandoned hamlet Dupori which is under anthropogenic influence (settlement, roads, bridge) and smaller ambient values, where Bijela defines the southern boundary of the built whole of the settlement of Gornji Karin. The most attractive part of the River Bijela is it’s canyon part, which stands out with its steep, rocky coastal sides and imposing gorges, and thick limestone layers that extend obliquely upwards in regular and straight lines above the river. The sharp and rough lines of this canyon, as a kind of contrast, impose a shallow water flow that meanders through a riverbed filled with mild, rounded currencies of a distinct white color. The uniformly colored, fine-grained texture of travertine sediments, on the surface of which calcite crystals are sifted, represents the peculiarity of this river, and the uniqueness after which it got its name. In the upper part of the stream, the River Bijela forms numerous cascades and waterfalls (the largest waterfall is 15m high) covered with tufa deposits. Upstream of the largest waterfall is a series of several ponds that stand out especially in the summer months when they represent green oases in the seemingly waterless and lifeless karst. The source of the River Bijela has long been used as a source of water at a time when all other springs in the area would dry up, as evidenced by the rest of the stone watering place and cattle barn in the immediate vicinity of the source. The slopes of the canyon are unvegetated or sparsely vegetated rocky outcrops, rocks and taps. In the upper part of the stream, the edges of the canyon are formed by layered vertical, in some places undermined limestone blocks.

In the rock overhangs formed in this way, black sigma formations can be seen, created by the seepage of water in the former, today collapsed cave channels. They stand out further because of their contrast to the light gray color of the surrounding limestone. The most pronounced rocky shores appear from the source of the cave to the bridge in Dupori, after which the canyon gradually becomes milder. At the exit from the canyon, there is the abandoned hamlet of Dupori of traditional stone architecture, bordered by numerous dry stone walls, abandoned gardens and almond groves (Župan and Leko, 2009).

The main features of the area are coastal (salt) habitats including cave springs of karst watercourses as important shelters for endangered bat species, but also grassland and aquatic habitats related to endangered and / or rare plant and animal species.

The area includes the wider surroundings of the Karišnica and Bijela streams, and the area between their lower streams, part which is Tuvina – a swampy salt coastal belt between the confluence of these two rivers into the Karin Sea. Habitats form a diverse mosaic, with the most common forest habitats, consisting of different degradation stages of the downy oak or pubescent oak forest (Quercus pubescens)and white hornbeam (Carpinus orientalis)and Aleppo pine plantations (Pinus halepensis). Furthermore, smaller areas are occupied by dry Mediterranean grasslands, wet grasslands and areas overgrown with cade juniper, prickly junipe (Juniperus oxycedrus). There are also rocks and cliffs in the area, as well as canyons. A small but significant area is occupied by salt marsh habitats along the coast The mosaic of habitats also includes cave springs, karst streams with tufa, and small agricultural areas such as orchards and olive groves (Bioportal, 2021; Župan and Leko, 2009). 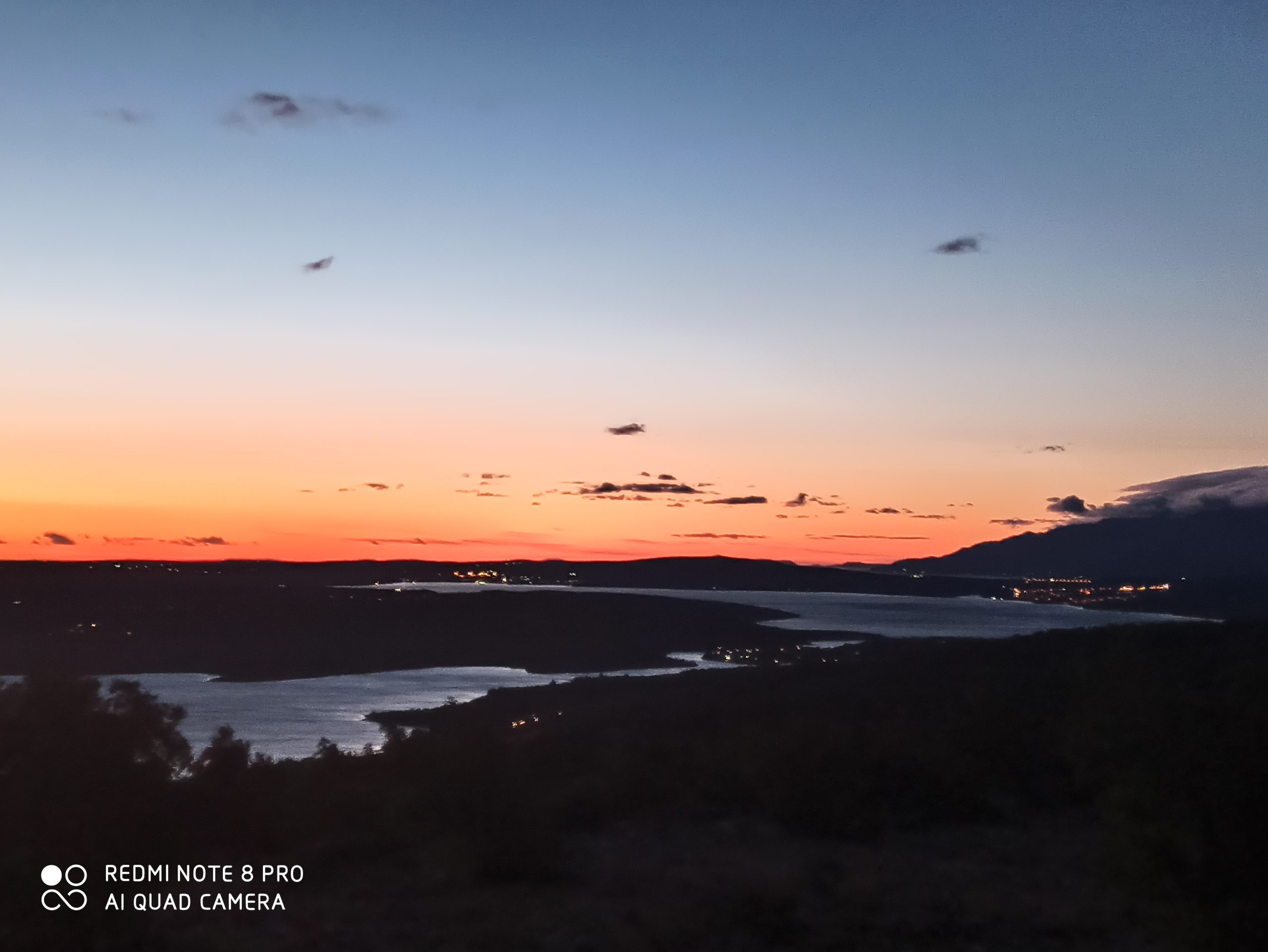 View of the three seas

Salute to the Sun 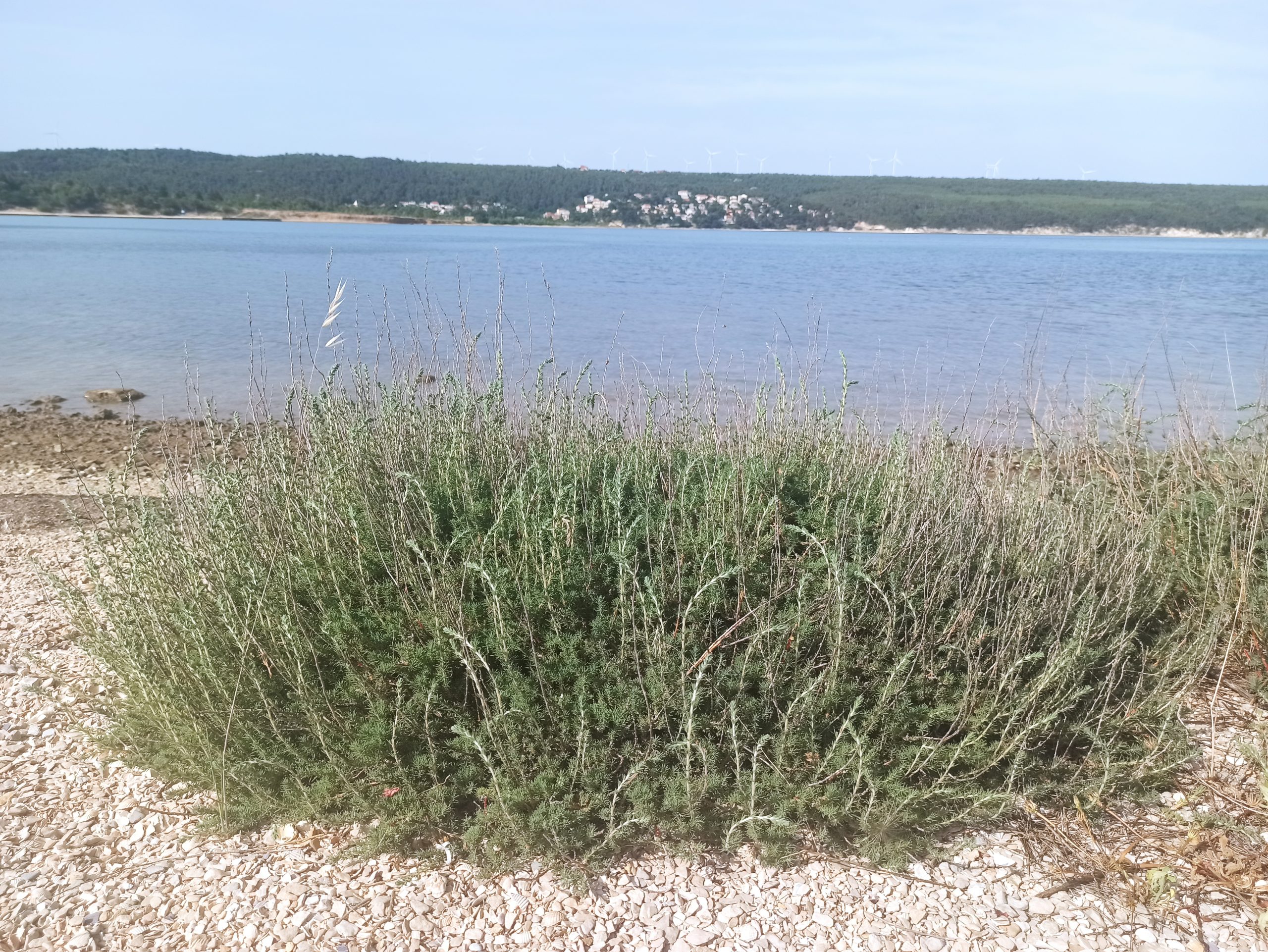 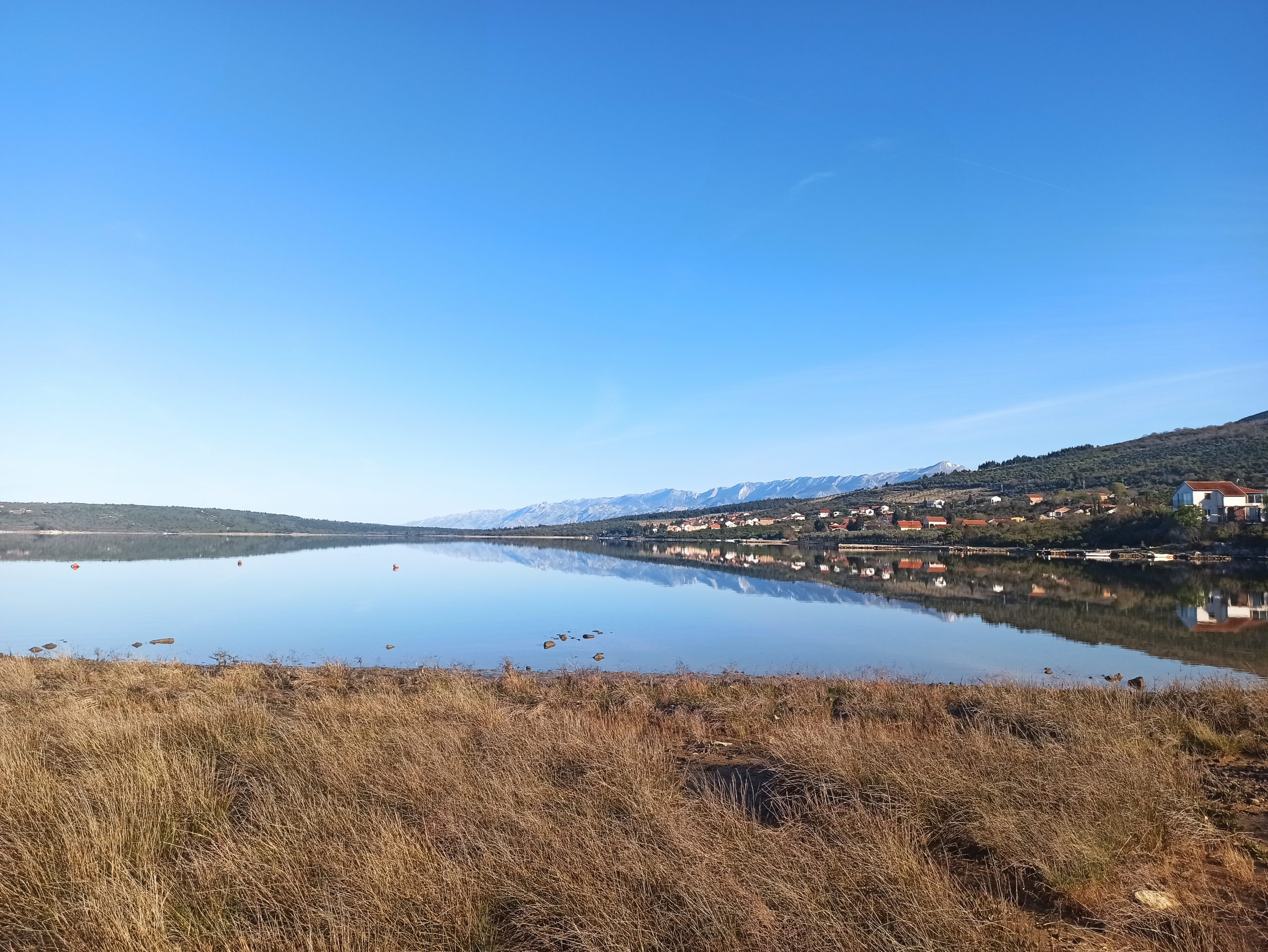 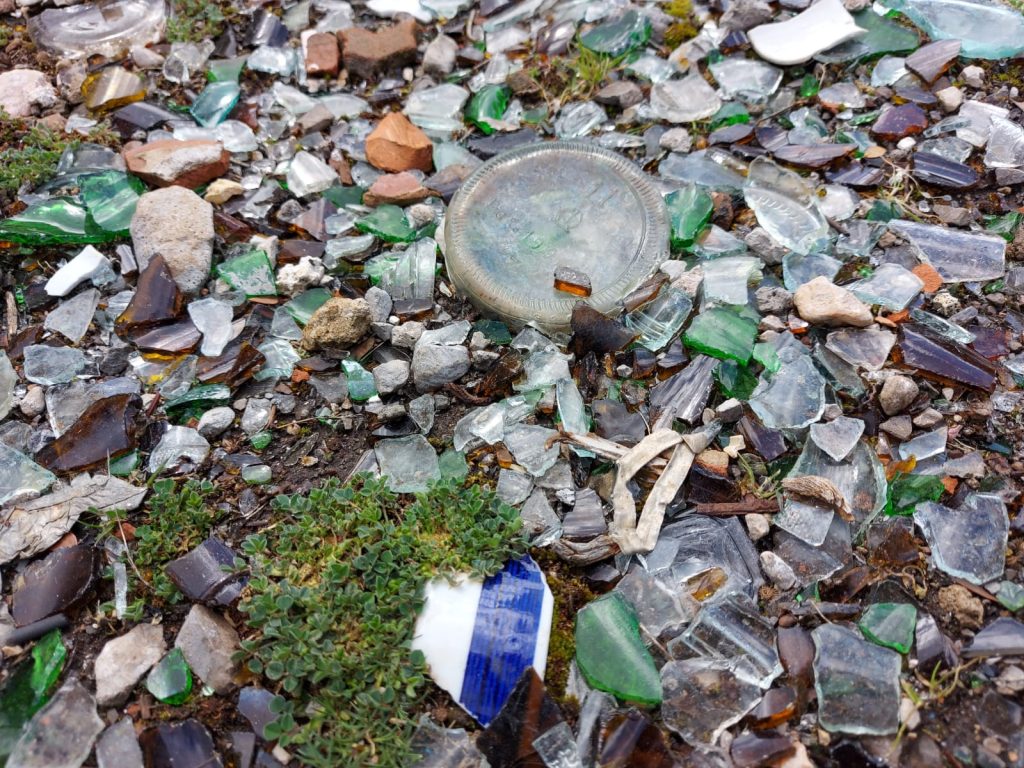 ON ACCEPTING THE UNDESIRABLE

It’s not too late! We are conducting two public eco-actions, on the rivers of the Karin and Novigrad Sea basins.

Where River Zrmanja touches the sea 2022.

Through research work with the the Marine Explorers Society 20.000 leagues, we will support the importance of the seagrass beds of the Karin Sea, which consist of sea flowers: Zostera marina, Zostra noltei, Cymodocea nodosa.

We will map the habitats of seagrass beds in the Karin Sea, and publish a document with the results of the research.

The art installation will use the collected waste from the location, the experience of people who worked together on waste collection, fishing tradition and culture related to fishing heritage, and the natural and cultural heritage of this area as elements for the creation of work. 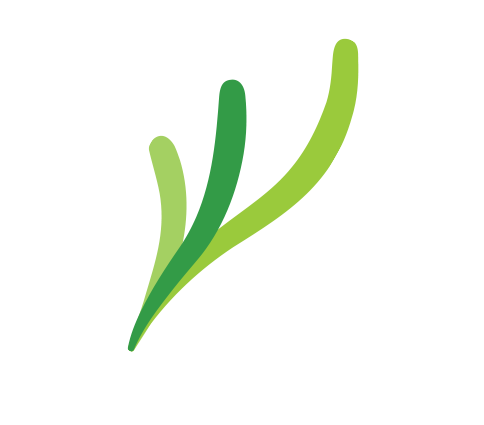 Submit your application before November 15th, 2022. or inform your friends whose idea the jury will reward with a residency and fee, and the production of this important artistic intervention.