Even as a boy, Paolo went fishing with his grandfather and father.

His large family lived from the fish they would sell during the day at the local market of the small coastal town of Talamone.

At the age of 13, Paolo Fanćuli, whom his friends already called Il Pescatore (Il Pescatore) – the fisherman, left school so that he could only fish.

Today, sixty-year-old Paolo sails the waters of the Mediterranean Sea on the ship “Sirena” and tries to save fish from illegal fishing and seaweed – the lungs of the planet under water.

Paolo also developed a type of tourism that he calls pascaturismo – fish tourism, intended for people who respect nature, the sea and marine life.

The trip also includes a visit to that part of the sea at the bottom of which there are artistic sculptures, which guard the fish that live there and protect them from criminals who systematically destroy their home, Paolo Fanćuli explains for the BBC in Serbian.

This region located in the Italian region of Tuscany, known as Marema, is one of the most beautiful parts of the Mediterranean, located between the Italian mainland, the islands of Sicily and Sardinia.

Today, it is very rich with fish, even those rare species, such as blue lobster or grouper fish, species that have returned here, primarily thanks to this fisherman and environmentalist and his decades-long fight against illegal fishing.

The sea net is life

“We were poor and we lived on fish. Every evening father and I would go to cast the net.”

“There have always been fish here, until the first large fishing boats appeared near the coast in the early 1980s,” Paolo Fanćuli begins his story.

The method of fishing by dragging a net along the seabed is known as trawlingand is used for commercial fishing.

Trawling is illegal and prohibited at a distance of less than five kilometers from the sea coast.

However, as commercial fishing became more popular in those years, the ban did not prevent large producers from intensive fishing near the coast.

Today, the situation is most alarming precisely in the Mediterranean Sea, where two-thirds of commercial fish species are overfished, compared to the global average of one-third.

According to the Food and Agriculture Organization of the United Nations, the total population of Mediterranean fish, such as tuna, swordfish, anchovies and sardines, has decreased by a third in the last 50 years.

“Mostly during the night the ships would approach the coast. I was trying to stop them. I once disguised myself as a coast guard policeman,” says Fanćuli.

He adds that it was not enough and that there were fewer and fewer fish.

“The net that I lower into the sea does not endanger anyone. However, trawling is a type of fishing where the sea net is lowered to the bottom of the sea.

“It destroys the seabed and the entire ecosystem,” says Fanćuli.

“Trawlers are like bulldozers. It’s like a hunter burning down a forest to catch a wild boar.”

The nets that large ships drag on the seabed are huge and heavy.

In addition to fish, these nets drag with them the Posidonia sea flower and the entire marine life that is created around it. 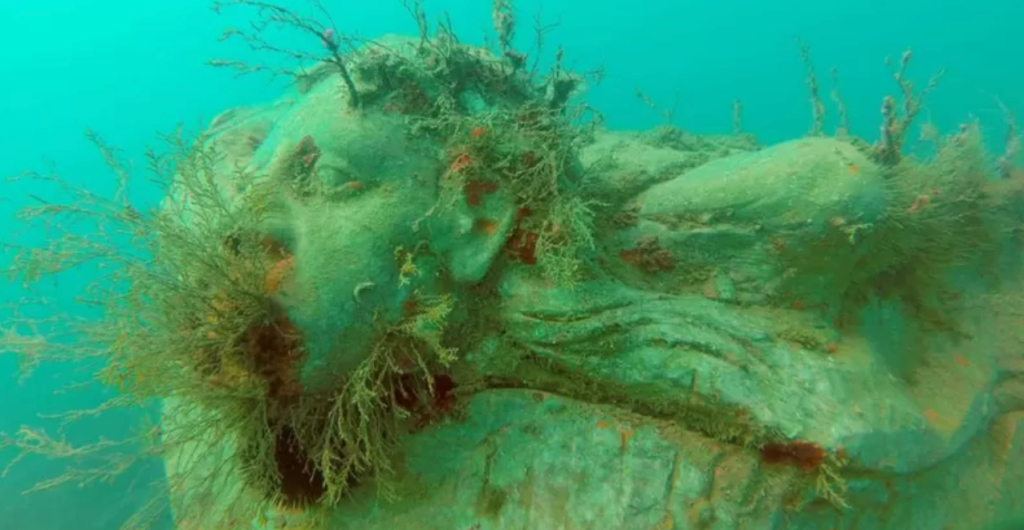 If the sea were left without posidonia

“Posidonia is the lung of the sea and many species of fish lay their eggs in it. In the Mediterranean Sea, posidonia is dying out,” complains Fanćuli.

In the last few decades, the growth of this marine flowering plant has decreased by 34 percent in the Mediterranean Sea alone.

Posidonia is estimated to grow only one centimeter per year under ideal conditions.

The seagrass beds of this sea flower are responsible for more than 10 percent of carbon dioxide being preserved in the oceans, even though it occupies only 0.2 percent of the total area of ​​the seabed.

And the preservation of this sea flower is also important because its destruction leads to the release of additional amounts of carbon dioxide into the atmosphere.

Fanćuli says that he rejected an offer of 100,000 euros from the Swedish company Findus to be the face of their bio-product launch campaign a few years ago.

“Findus is the leader in the production of frozen fish in Italy. They are great destroyers of Posidonia and the sea.”

Although he repeatedly reported to the police and complained to local authorities about the danger of illegal fishing, Paolo stayed alone in the fight for years, until he began to speak publicly about the problem that authorities and institutions were turning a blind eye to.

With a group of activists from the Greenpeace organization and other local fishermen, 1990. he organized protests and blockade of one of the most important ports in this region, Sveti Stefan.

He paid a high price for his activism – he was kicked out of the market and banned from selling fish at all the local markets in the area.

What he catches, Paolo sells today to the association of local food producers “Ekonomija solidale”.

“His fight to save even the little sea world that remained in the Mediterranean Sea cost him dearly several times,” says journalist Ilarija Bernardis, author of the book “La casa dei pesci”(The House of Fish)”, dedicated to Paolo and his struggle.

All money from the sale of the book goes to the association Kuća Riba, whose founder is Fanćuli.

It was created in 2012. at the time when he comes up with the idea that only art can save the sea.

In 2006, regional authorities in Tuscany met the initiatives and proposals of this fisherman – the first large marble blocks were lowered to the seabed to make illegal fishing more difficult.

However, as Fanćuli emphasizes, that was not enough, because these blocks are quite far from each other, so the fishing net can certainly pass between them.

Franco Baratini is an Italian sculptor and the owner of theCave di Michelangelo quarry in the town of Carrara, where the famous artist Michelangelo took material for his sculptures.

When Baratini heard about the story of Paolo and what he was doing, he decided to donate one hundred marble blocks to him.

Artistic sculptures were created from them, on which many artists worked, such as Emily Young, a famous British sculptor, as well as Italian artists Masimo Katalani and Đorđe Butini.

“Artists joined our project and worked for free. So far they have made 39 sculptures,” Ipolito Turko, president of the association La casa dei pesci, told the BBC in Serbian.

“It costs about 5,000 euros to lower one sculpture into the sea, and we collected all the money through donations,” adds Turko.

The sculptures create a physical barrier for nets and a unique underwater museum.

They were placed in the circle, at a distance of four meters from each other, and on some of them the sea flower posidonia started to grow again.

“Sea life seems to be slowly coming back. The sea flower is finally growing again on these sculptures, and lobsters have also settled there,” says Fanćuli.

“The dolphins have also been seen again, because now they have food here.”

This museum of underwater art sculptures is somewhat reminiscent of some version of Fanćuli’s old sea wrecks, which he loved as a boy.

This visionary does not stop dreaming and says that his goal is to put up a hundred such sculptures in the next three years – he wants to save the sea.

No comments to show.